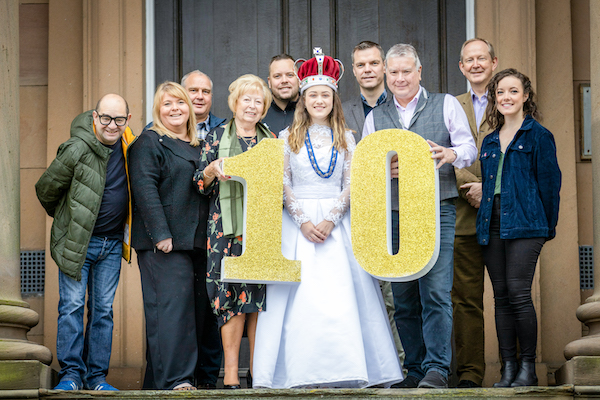 The Knutsford Beer Festival has announced that this year’s event raised £10,000 for charity – the largest total seen by the annual event.

The fifth outing of the Knutsford Beer Festival – which took place back in April – welcomed 1,000 people and was described by one as “the poshest beer festival in the UK!”

The two charities chosen for 2019 – Knutsford Royal May Day and Children’s Adventure Farm Trust – will each receive £4,500.

The remaining £1,000 from this year’s fundraising will create a community fund that is open to local charities to apply for smaller grants throughout the year.

“We have been keen to support causes and charities in the area since the very beginning.

“Often smaller causes can slip under the radar and even a small amount of money can mean a great deal to help them achieve their goals, and help support local people.”

Meanwhile, the festival has welcomed some new faces to the committee, including Ben Selby, Jonathan Farber and Lisa Benskin.

The date for next year’s beer festival is soon to be announced, and visitors can expect an even bigger selection of beer alongside a dedicated gin bar and a fizz station as well as the return of the popular masterclasses at the Saturday afternoon session.

Over previous years, the Knutsford Beer Festival has raised £16,040 for local charities: