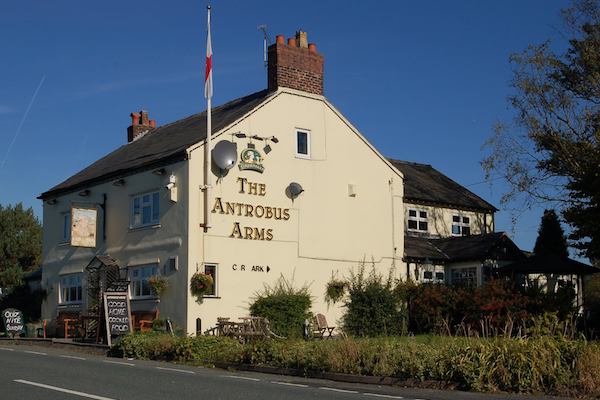 Holmes Chapel landlord Martin Barnes, who runs the highly popular George and Dragon pub in the village, has taken on his second venue – completing an acquisition earlier today of The Antrobus Arms near Northwich.

Martin said: “It is the start of the new chapter for us and we are adding this freehold pub to what we already do with the George & Dragon.”

He added: “There is an exciting 8 week refurbishment project happening with Dawnvale that starts on Monday 29th January.”

The Antrobus Arms is perhaps best known for being the home of ‘The Antrobus Soulcakers’, as well as playing host to darts teams and having numerous links with other local clubs.

The soulcakers travel to various pubs in the area, at the end of October and early November, to perform their traditional mummers play.

Trevor and Sandra Collins have been The Antrobus Arms’ proprietors for twelve years, and over that time have made many happy memories.

A spokesperson posted on Facebook earlier today: “What an emotional few days it has been. 12 years of making amazing memories in our family pub, The Antrobus Arms!”

The post continued: “I would just like to say thank you all our staff and too all the people that have supported us.”

Martin commented: “We would like to make a special mention to the Collins family.”

He said: “We promise to look after it, love it and build on the legacy you worked hard to achieve.”

We wish Martin and his team every success with the new venue and we look forward to the pub re-opening in the spring.