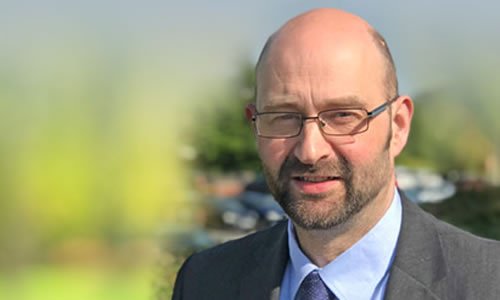 Andrew has been appointed to the role following what the council described as ‘a strong recruitment process’ and will begin his role at the end of summer, replacing Gerald Meehan who is retiring.

Andrew is currently the managing director of one of the first combined authorities in the country, covering five local authorities in Tees Valley and working to an elected mayor and cabinet.

In his early career, he worked as a senior economic advisor at the Treasury, working on employment, tax and international policy.

He left the Treasury in 2004 to join the Government Office North East as deputy regional director and he worked on economic policy across the North of England as director of the Northern Way for three years until 2010.

He then joined Newcastle City Council as assistant chief executive and was responsible for a range of services – including economic development, policy, communications and performance, regulatory and community services and democratic services and elections.

Andrew took up his current role in 2016 and has worked on a number of national initiatives, including devolution deals, and was part of the Local Government Association panel which reviewed Cheshire West and Chester Council last year.

Cllr Samantha Dixon, leader of Cheshire West and Chester Council, said: “We are pleased to welcome Andrew to the council as our new chief executive.

“Andrew has a wealth of experience in central and local government that will serve the council and our residents well.

“Andrew is joining an excellent, high performing council evidenced by being shortlisted for the prestigious Council of the Year award from the Municipal Journal.”

Mr Lewis said: “I am delighted to have been approved by full council to take up this important responsibility.

“I am looking forward to serving the people of Cheshire West and Chester and working with a talented and dedicated workforce to deliver the best outcomes and opportunities for our residents.”