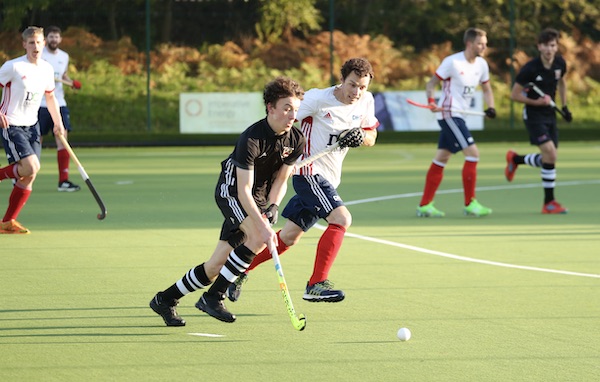 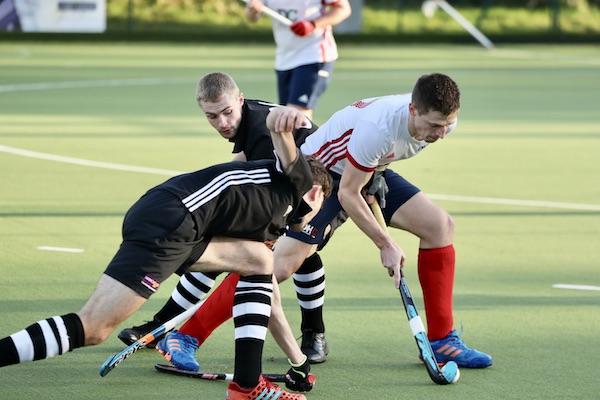 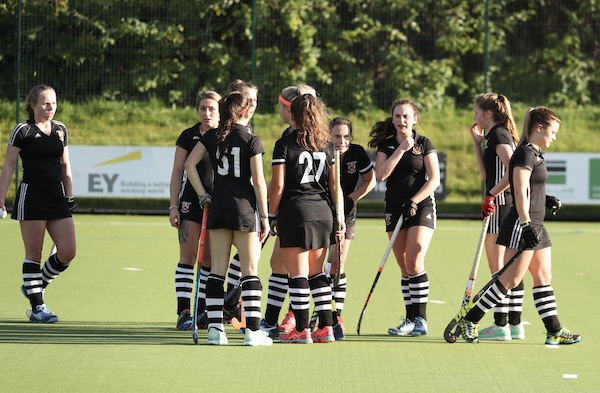 Edge got off to a good start with excellent ball transfer pace round the back, breaking Fylde lines and winning a penalty corner early on.

This was well executed with a fast injection to the top, and a slide to the right which hit the post, narrowly missing an Edge deflection.

A change in formation and positions for some players in the second quarter asked lots of questions of the opposition.

Izzy Reynolds Duffy was ‘Player of the Match’ in the new position of right half, putting in some incredible tackles and winning the physical battle with her direct opposition player.

With a half time score of  0-0 , Edge went into the second half  the dominant team.

With speedy ball pace and excellent passing the ball reached Caitlin Polley who drove into the left hand side of the ‘D’ and scored with an amazing hard reverse hit strike in to the corner from a seemingly impossible position.

Unfortunately soon afterwards Fylde gained possession of the ball, entered the circle around the left baseline and managed to find an angle to slip the ball into the net, making it 1-1.

Edge pressed hard for a winner, hitting the baseline and entering the circle from all angles; taking a number of shots at goals but just couldn’t find the back of the net.

An extremely frustrating, physical game. Edge with the majority of possession, most circle penetrations (10 to 4) but having to accept a 1-1 draw.

This was an awesome team performance: great passing, ball pace and creating lots of opportunities on goal with a fluid formation. A step in the right direction for the team.

They must now take the positives from this week into next weeks game and just go for it!

On Sunday Edge Ladies’ 1s won through to the next round of the Investec Women’s Championship Cup, beating a physical Doncaster side on penalty strokes after the game ended 2-2.

The first goal came after 17 minutes from Caitlin Polley at a penalty corner with a beautiful strike to the bottom left of the goal.

The second goal came early in the final quarter after  some excellent passing with good ball pace and dynamic movement.

Following a goalmouth scramble Immy Walker and Lottie Dennett forced the ball over the line. Immy Walker was credited with the goal.

Throughout the game the Alderley ball pace and high press kept the Doncaster defence busy but with just six minutes to play Doncaster hit back with two late goals to take the match to flicks.

Edge had the better of the flicks taking the match 4-2 and now face National Premier team Bowdon on 14th December.

Alderley started well and took control of possession, with some nice passages of play without creating  any goal scoring opportunities.

Despite the early Edge dominance, it was Doncaster who took the lead against the run of play with a clever deflection from a long ball in to the circle.

It all went downhill for Alderley after that and Doncaster scored their second goal from a powerful breakaway.

Edge struggled to do the basics well, with a lot of stray passes and poor ball control gifting away possession. 2-0 at half time to Doncaster.

The third quarter wasn’t much better for Alderley as Doncaster struck twice to double their lead, as Alderley pushed to get back into the game.

Alderley were still dogged with the same issues they had in the first half, with poor basics being their downfall against a dominant Doncaster midfield.

The final quarter was better, with Alderley piling on pressure and creating some scoring opportunities  from a number of late penalty corners.

A really disappointing result and the lads will need to bounce back next week away against Preston and get a few winning results before Christmas.